UW DEPT. OF AERONAUTICS AND ASTRONAUTICS 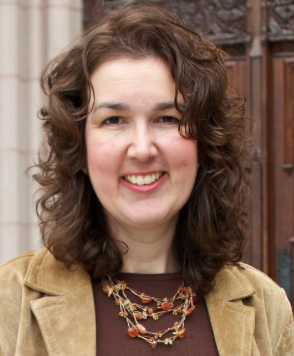 Kristi Morgansen received a BS and a MS in Mechanical Engineering from Boston University, respectively in 1993 and 1994, an S.M. in Applied Mathematics in 1996 from Harvard University and a PhD in Engineering Sciences in 1999 from Harvard University. Until joining the University of Washington, she was first a postdoctoral scholar then a senior research fellow in Control and Dynamical Systems at the California Institute of Technology. She joined the Department of Aeronautics and Astronautics in the summer of 2002.

Professor Morgansen’s research interests focus on nonlinear systems where sensing and actuation are integrated, stability in switched systems with delay, and incorporation of operational constraints such as communication delays in control of multi-vehicle systems.  Applications include both traditional autonomous vehicle systems such as fixed-wing aircraft and underwater gliders as well as novel systems such as bio-inspired underwater propulsion, bio-inspired agile flight, human decision making, and neural engineering.  The results of this work have been demonstrated in estimation and path planning in unmanned aerial vehicles with limited sensing, vorticity sensing and sensor placement on fixed wing aircraft, landing maneuvers in fruit flies, joint optimization of control and sensing in dynamical systems, and deconfliction and obstacle avoidance in autonomous systems and in biological systems including fish, insects, birds, and bats.

Back To All Superheroes of Science